I have this distinct tendency to occasionally get lost in life.  Sometimes I feel like fate brought me there.  Fate can be much like a football field in which you are sitting on the wrong side next to strange, unpopular people cheering for the wrong team and wondering how you got there.


I invested in a GPS.


There are many different settings.  You can set them to male or female voices and they can scream or speak softly to you.  I have my own variations. 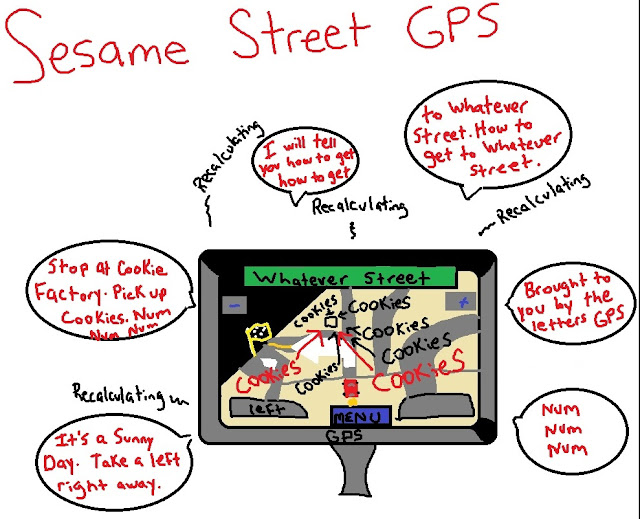 My driving skills are very advanced and I am usually on my way to a Mensa meeting or to a secret meeting of the Underground Extraordinary Women's Club somewhere when I need to use my GPS.

I notice at times during my Mensa or Club travels that there are people who are very distracted while driving. 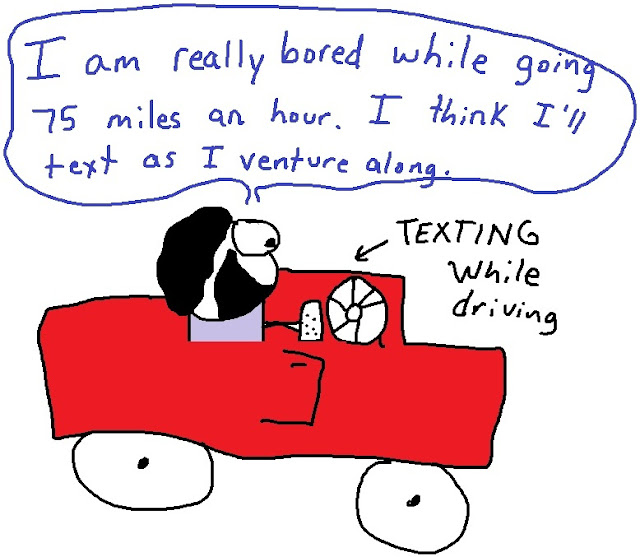 It is really difficult to put my citizen involvement into action at this point.  I can only become very disgruntled at seeing this.  Watching someone else's car veer into three different lanes while that person texts makes me often wonder where the cops are.


Texting only reminds me of several things that never made it as a sport in the Olympics.

At times I drive too fast and have some wicked sweet car passing skills that may or may not put me in the category of amateur stuntwoman.

Getting lost is a lot like changing a diaper.  You don't always know what you are going to find and usually it is the unexpected.

One time, during my lostness, I pulled my car over to the side of the road and got out.  I strained to see if I could hear those beautiful words in the distance that were not only my first words, but could possibly guide me home or at least near a high-class civilization.

We once loaded our buggy with about fifty 300-page trivia books that were on clearance really cheap.  They were all the same book, but we had fifty of them in case a hurricane came along and blew forty-nine of them away.  We were set on trivia knowledge for years.

You would be very surprised at the amount of useless knowledge that takes up space in my head.

Our car was so old and loud at the time, though, that it gave our competitor clearance shoppers notice that we were on our way with our clearance money.  They could hear our car from a few miles away, so that gave them about a five minute jump on the good clearance.

My job was to just grab as much as I could as fast as I could.  It was cheap enough that it didn't matter what it was.

I don't always make the right decisions in life.  Sometimes I wish that I could just plug that GPS up to my brain and let it guide the way.  I know that I have a brain because I was in a serious accident when I was 22 and everyone told me how relieved they were when the doctor did a brain scan and said I had a brain.  I knew I did.   How else would I know important information? 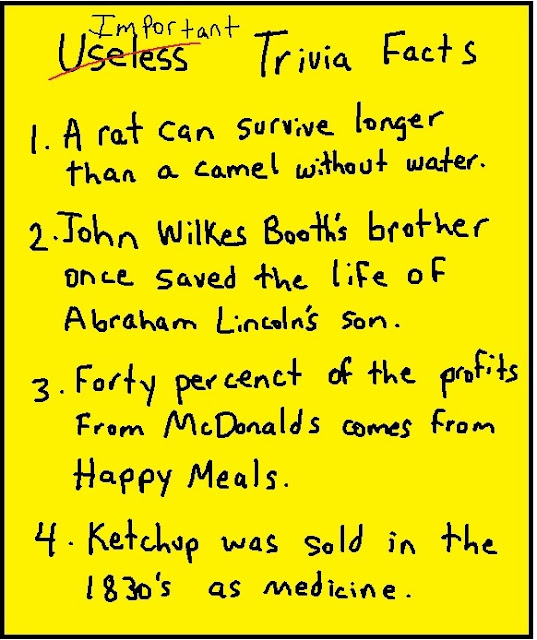 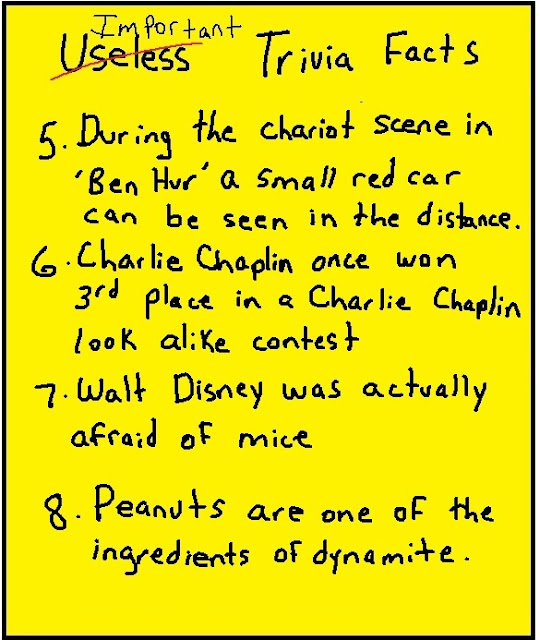 I have gotten a few speeding tickets (ahhh...that's where the cops are--watching me) because I don't know how to use my cruise control and because I speed.  Take this as a word of advice: 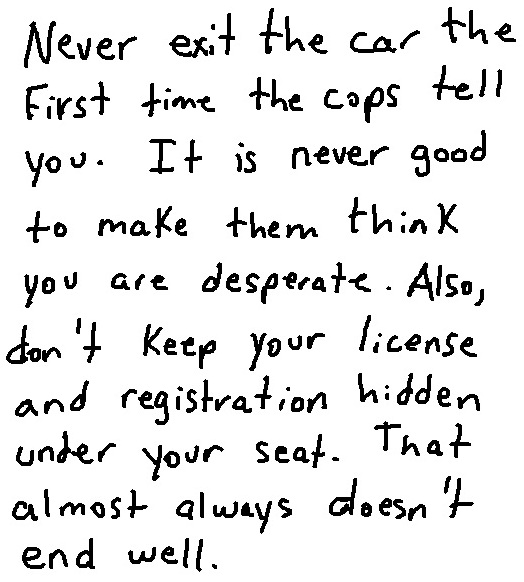 Whatever you do, don't tell them you are friends with the A-Team.  That just doesn't go in the direction you think it would.  They also don't like it when you ask them, "What is the option where I don't get a ticket?" I have found out the hard way that a cop's "happy face," his "I'm gonna give you a ticket face" and his "I'm about to throw you into my squad car face" are eerily similar.

But whatever you do, don't abandon humor altogether.  Humor is your friend.  Mostly not in the back of a squad car.

I do pay a hefty price for my actions.  I need a Global Positioning System to guide me and to help me make the right decisions.  Don't get me wrong.  I'm not out there robbing banks, lately.

But I'm also not perfect.

At the end of the day, if I take a wrong turn somewhere, I would like for people to be there to say it is OK and realize that just because I accidentally rerouted myself that I am worth reprogramming and guiding in the right direction.  I know where I am going.

Getting there is the hard part.

Everything we do has a consequence, just like me and my collection of traffic tickets that may be actual collectibles one day.  I hope to never justify my wrongs and maybe slow down a bit (a lot) in my wrongness of things. Most importantly, I hope the fact that people give up on me doesn't affect my ability to believe or never give up on them.  I don't want their weaknesses to lead me down the same road.  Give up on me, I still won't give up on you.

If I did, I would just be lost, again. 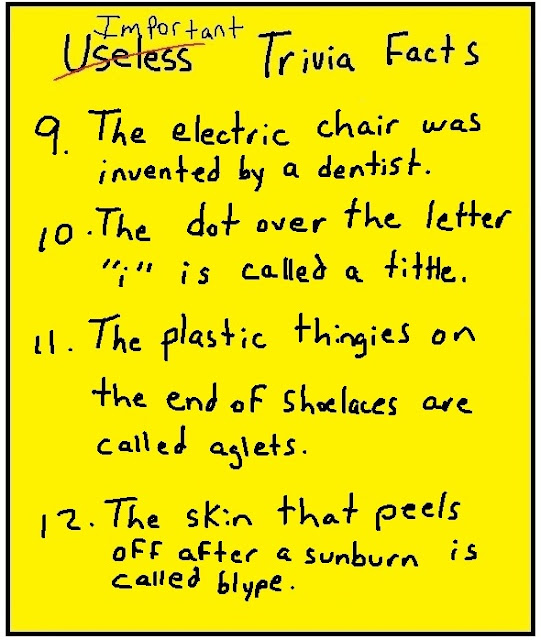 Note to self:
Stop at cookie factory...num, num, num!