I feel like I am not the only one who does this? 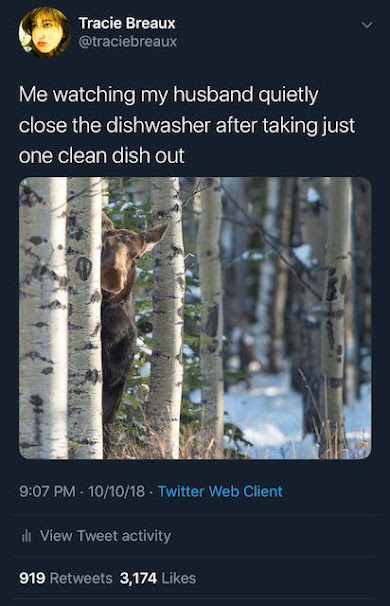 This Kid is Going Places 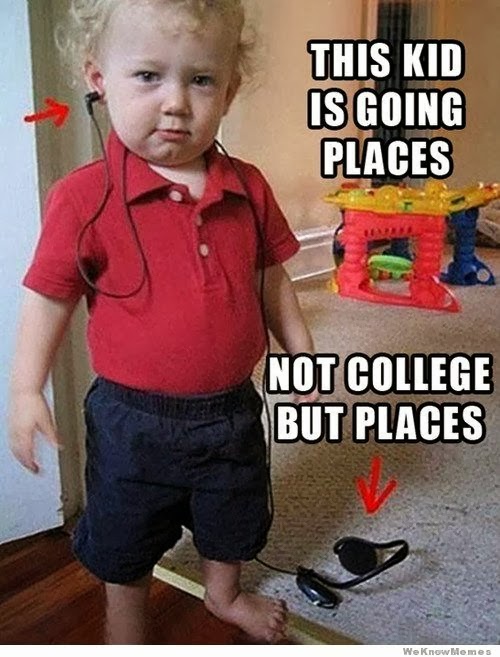 Been awhile since I've been around but hope you guys are great! I've been terribly busy writing 3 books! I'll be sharing how I retired for life in 10 years and will be giving some books away for free so stay tuned! Maybe I'll give away an Ipad if I get crazy enough! I LOVE mine and have a billion books stored on it. I do still read your blogs, just not much time for commenting between reading, writing and arithmetic!

I'll be changing over to my ultra secret real name soon so...wait for it. 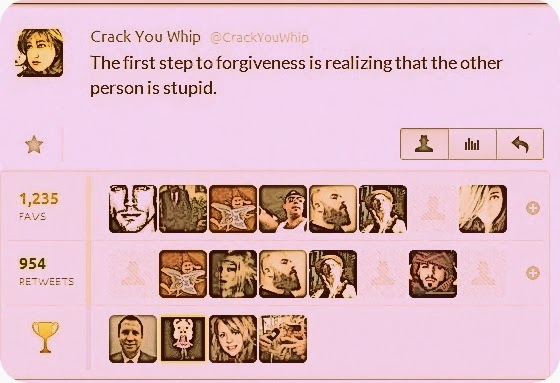 Be back soon! Gone to lunch...

The universe always tries to balance out the negativity in my life with great and marvelous things that appear out of the middle of nowhere on the internet. 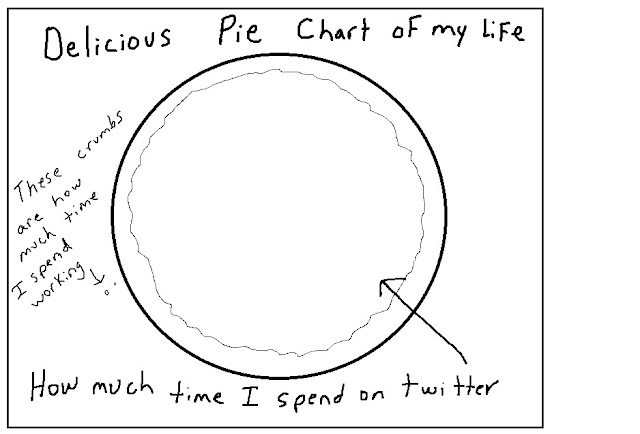 Do not eat my pie chart.

With ham-fisted jumbles of words, I scramble to save the Twitter world with my wit that is strongly composed of great observations and remarks.  I have become, in essence, a professional Twitterer person.  Here is Webster's definition of "professional." 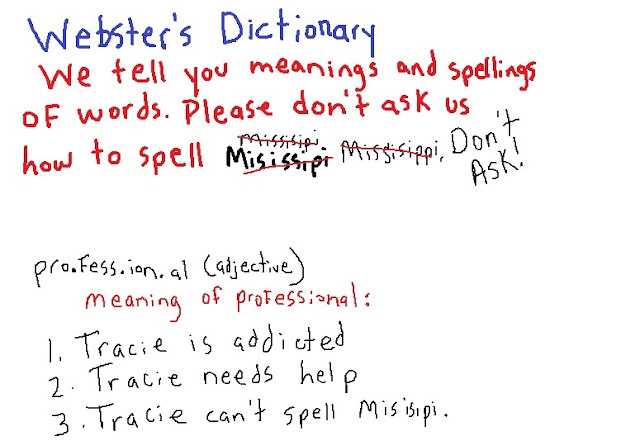 I choose not to get paid.

By choice.  They would totally pay me if I wanted money.  I'm pretty sure. 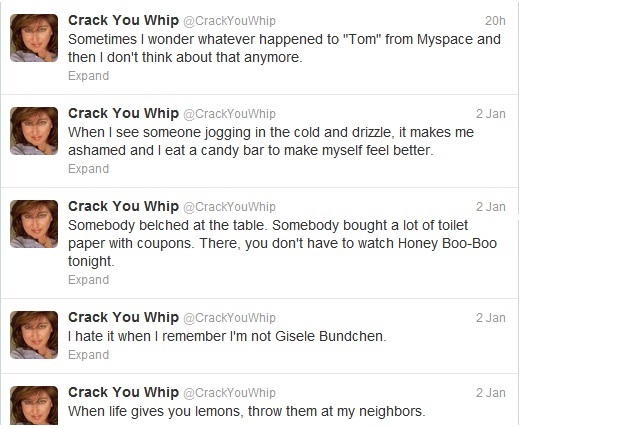 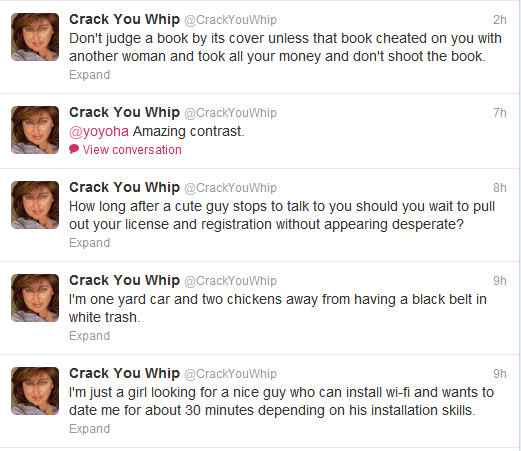 I also need a nice guy who can fix a fence...anybody want to date me for an hour and a half? 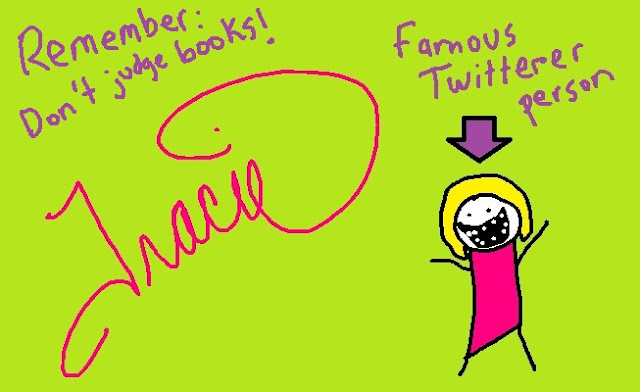 I can't say that my childhood wasn't full of encouragement and support.

At one point, a very specific thought in my head was, "I just want to be left alone!"

Which brings me to something I rarely, if ever, talk about.  I was in fostercare.

It was OK if you like moving from place to place with no stability or cablevision.

It's not something that I talk about because I don't answer questions about it and because of liability. 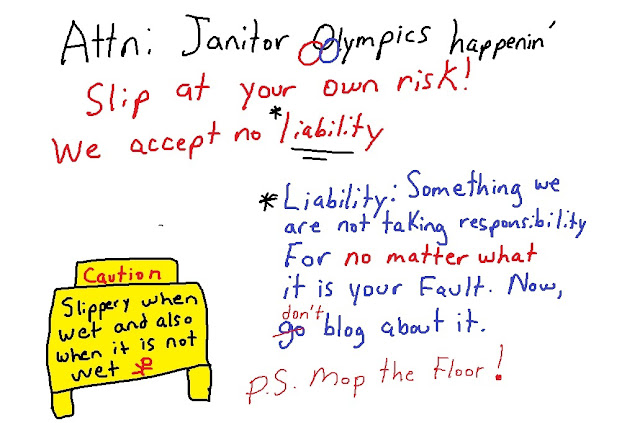 I have tiny scars that dot the landscape of my soul.  Events that have pummeled me with bull's-eye precision have tried to send me over the edge into a deep dark hole of despair I tend to call a bottomless pit. 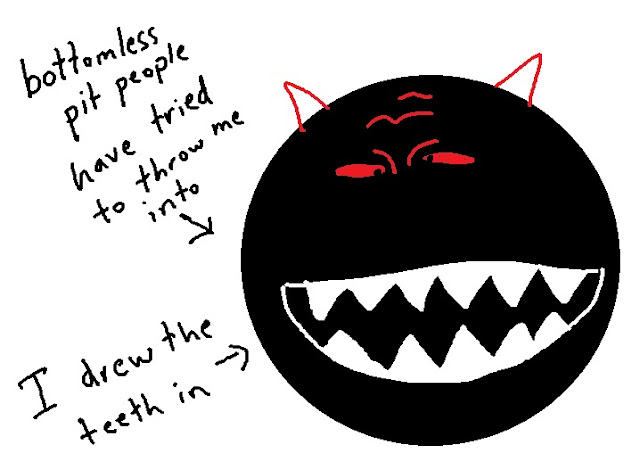 One of my favorite movies of all time is Home Alone.  I love how "Kevin" declared war on the "Wet Bandits."  Their robbery attempt was thwarted by an eight-year old and it had a big comedy reveal, much like my dating life.

My last boyfriend hauled off some stuff off to the dump and came back with more than what he left with. 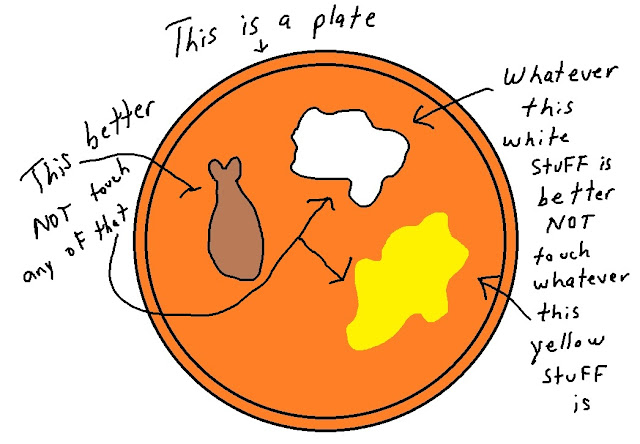 It couldn't touch on his plate or in his mouth or he pushed the plate aside and refused to eat.  No, I'm not sure what grade he was in.

He panicked once because his house had a flat tire (it's not like it was going anywhere), yet his car had a doublewide tire on it.  He wasn't very good at doing the math.  Yes, I date winners, obviously.

I had been living under the assumption that the "Wet Bandits" in my life would just go away on their own.

Then, one day, I declared WAR.

I was 40 years old and had had ENOUGH of all of this nonsense.  I picked up my Hefty bag full of tolerance and tossed it into the BP spill.

I began to feel fairly confident that I could take out the Wet Bandits by doing a complete 180.  I emerged from my cocoon of despair even as I got eighty-sixed by Mr. Flat Tire Bandit.

I have a hidden capacity to be highly intelligent and in those first few days, kept it hidden, but after tossing the Hefty bag, I tossed him, too.

Just like Kevin left the light on in his house for the "Wet Bandits" so they would think his parents were home, I leave my light on, too.  No one is breaking in again without me at least putting up a fight.  Also, I need the light to find my slippers quickly, like a gangster does.

I'm building a fortress of friends and preparing for the remainder of my life like some people prepare for a zombie attack or a bacon shortage.   Actually, I could eat my own foot if it was wrapped in bacon and sauteed in butter.  So, don't really want to even joke about a bacon shortage.

Each day, I am starting my day off right and ending it better.  Daily, I'm treating those around me golden and getting rid of all "Wet Bandits" who may bring me down.

Also, not to brag or anything, but I think I may have won the "Golden Duster" award in the Janitorial Olympics for my precision mopping skills. 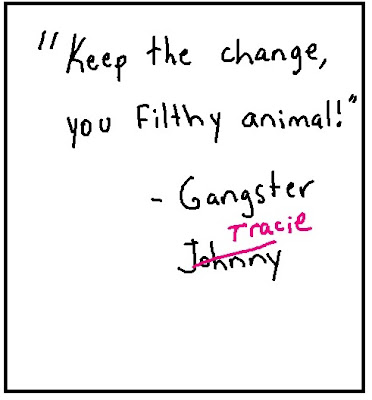 Also,  have a great Christmas with your families and be very thankful for them...even the In-Laws! 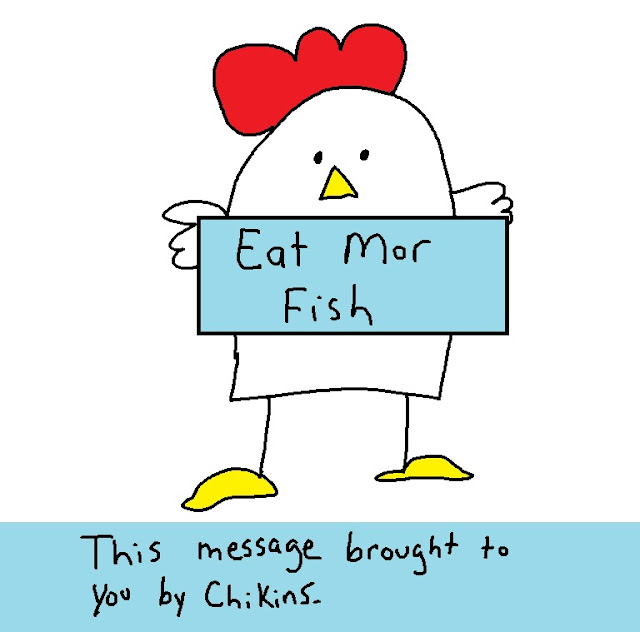 In unrelated news, my dog wants me to pour eggnog in the toilet for some reason.

He also wants to leave out for Santa a glass of warm milk and a dead cat.

Also, and most importantly the best worst news of the day (I am not happy about it, though it appears I am but I am not).

Repeat.  I am not happy about this.

So here is my pathetic open letter to Tim Tebow: 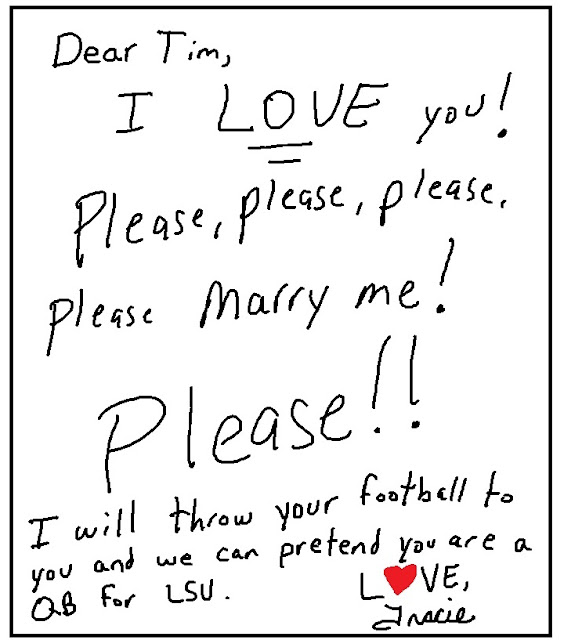 So, Tim Tebow, the ball is in your court.  To sweeten the deal, I do have connections to the Ragin' Cajuns if you want to play for them.  Can't make any promises, though...

Did I mention that I am NOT happy about this? 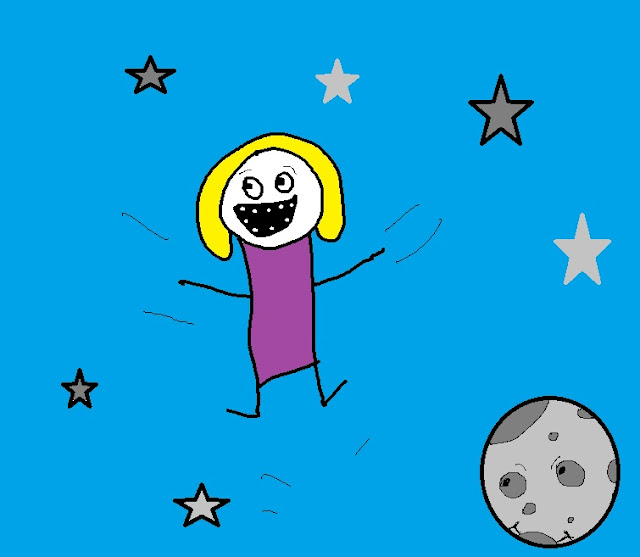 Also, here is an open letter to that homeless guy I saw staring at me and my burger (mostly me) outside Checker Burgers. 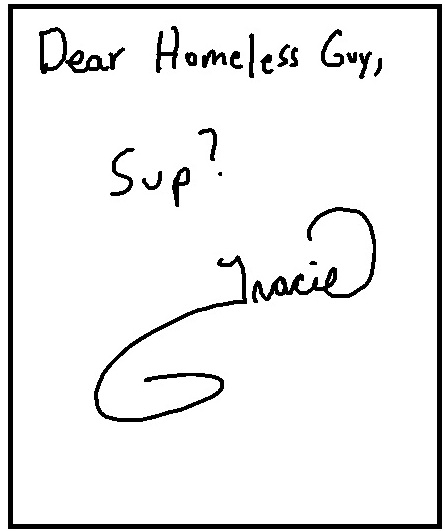 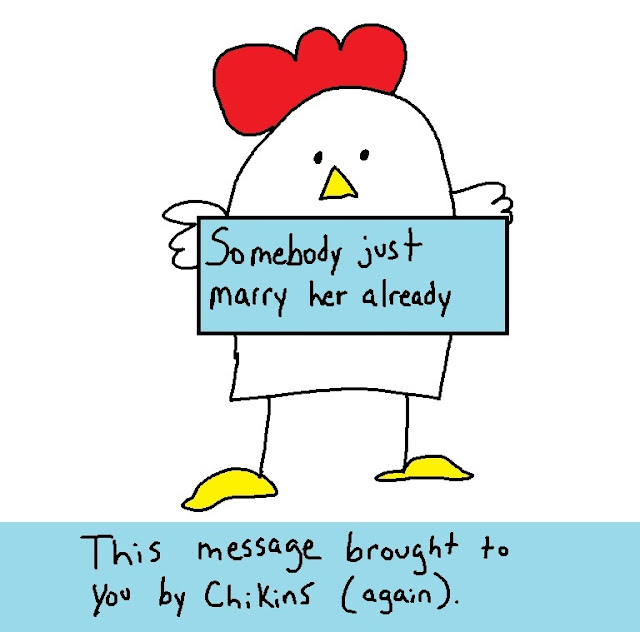 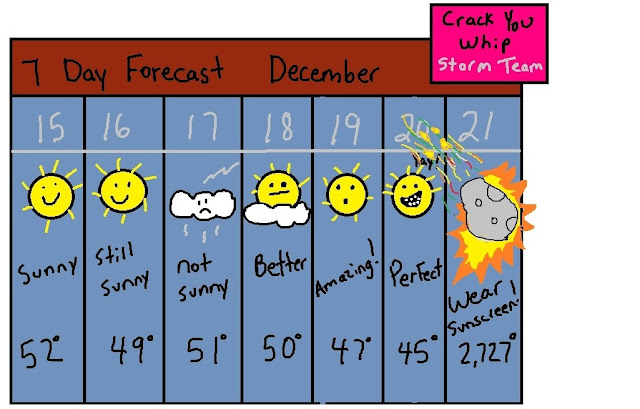 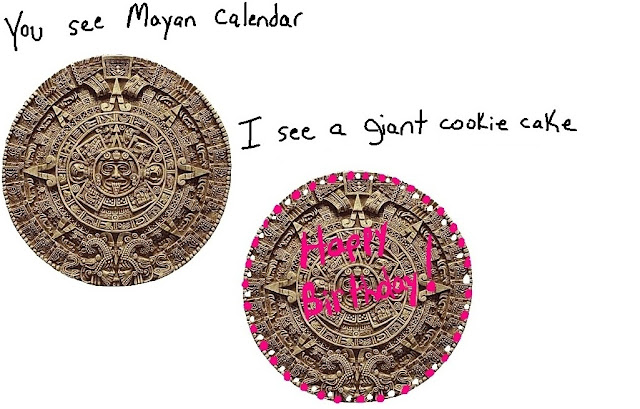 I dated a guy once who broke up with me because I sprayed water guns, danced in the rain and tried to make every moment fun, even if I looked like a fool in the process.

If you've ever watched Hee-Haw and checked the cornfield closely, I'm probably in there somewhere.

Seems like I pull all of my life changing decisions out of a Fruity Pebbles box.

There was a time in my life when I ordered "Unhappy Meals" from McDonalds.  Life in general was very depressing. Yes, I had a black belt in sadness.  I was totally "Pro" at it...hence the black belt.

And then one day I woke up a butterfly

I found that when I wallowed in negativity, negative things happened. I made my own life turn around, though.  My entire brain just needed to learn a lesson.  Even the medula oblangata was in on it. 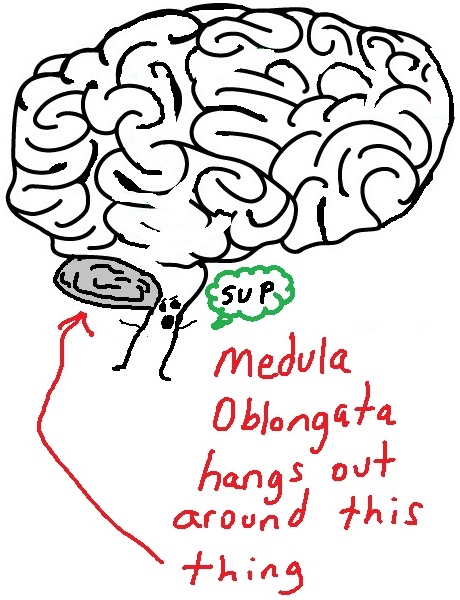 Armed with my razor sharp wit and my Backpack of Awesomeness, I set out to accomplish great things. My thought processing part of me said to be positive and be totally "Pro" about it.  I earned my black belt in positivity.

While you are at it, spray someone with a water hose. 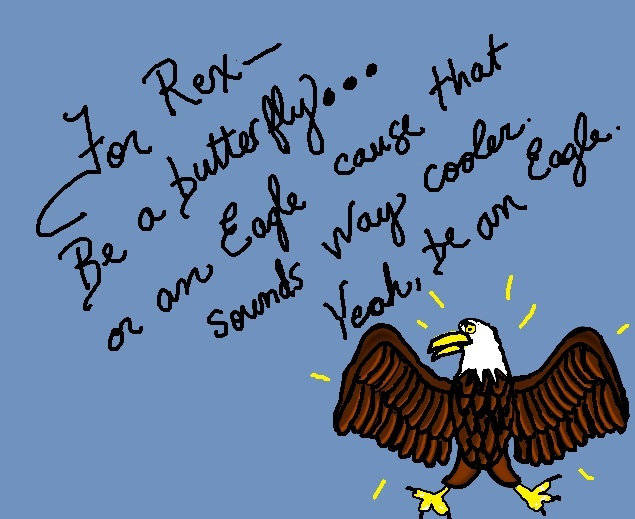 Also, here is a picture of a black-eyed pea because well, I love ya'll.  You are welcome. 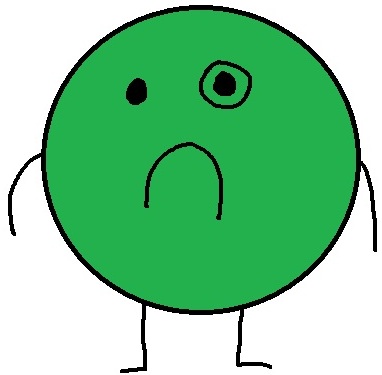 How to Fail at Sitting 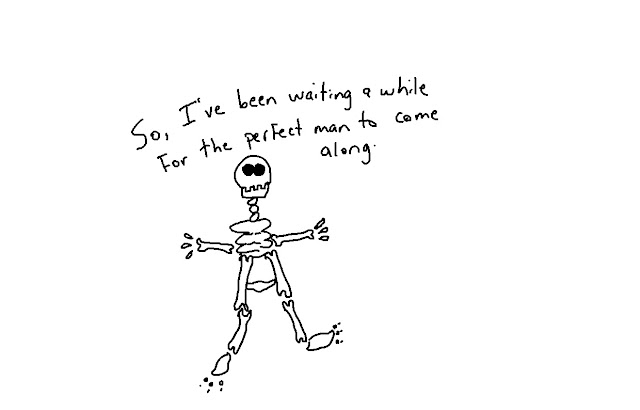 It's taking a bit longer than what I had originally planned.  Don't get me wrong.  I am not that picky and men have accomplished quite a bit more than me. 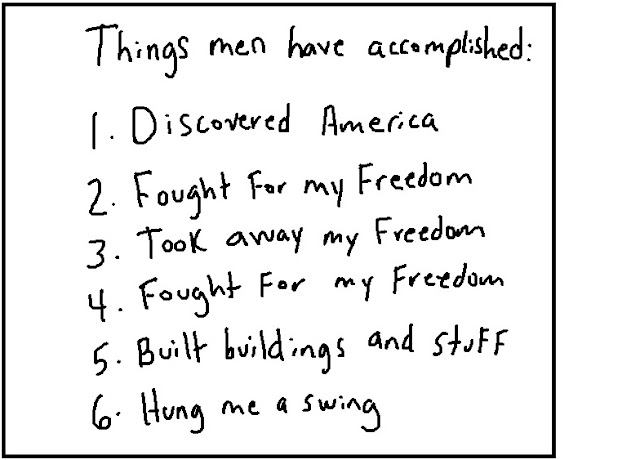 I haven't accomplished quite as much. 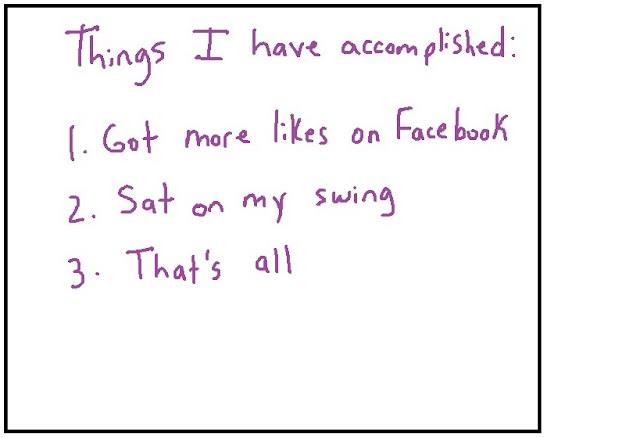 I'm starting to feel like I haven't accomplished very much in my life.  I'm cleverly disguised as a responsible adult.  It is all part of my trickery to graduate from adult school one day.

I went to a concert last night...Toby Mac. Well, I went because my son wanted to go, but I really wasn't expecting much.  It worked out perfectly with my schedule of having no social life.

I loved it.  It rekindled my lifelong love of rap music that I never loved. Ever.  There was no foul language or I wouldn't have gone.  So, I get there with my ticket and someone, a teenager, had taken my seat.  I didn't want to ask her to move so I wandered the Complex looking for a seat.  I became trapped in a neverending loop of looking for a seat. 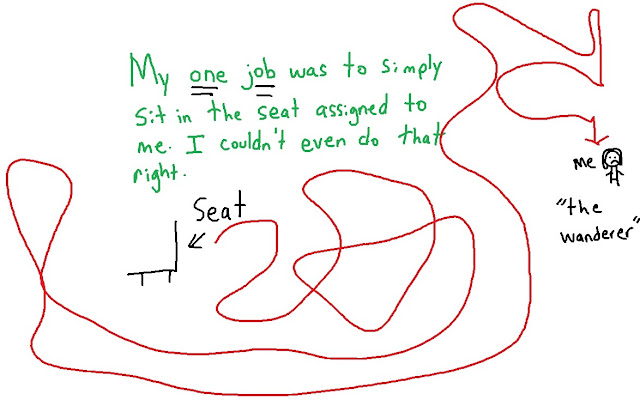 I missed the entire first half of the concert.  When I tried sneak into a "non-designated" seating area, someone in security for the Complex yelled at me and I slowly came to the realization that I am forty-one years old and don't understand seating or in general, how to sit.  There is this relentless logic in my head that it should be a simple process for an adult.

I am handicapped by my own reluctance to disturb the lives of others.  I would rather throw a brick at myself than ask someone to get up out of my seat.  I like to think that I am really some sort of superhero when I do things like this. 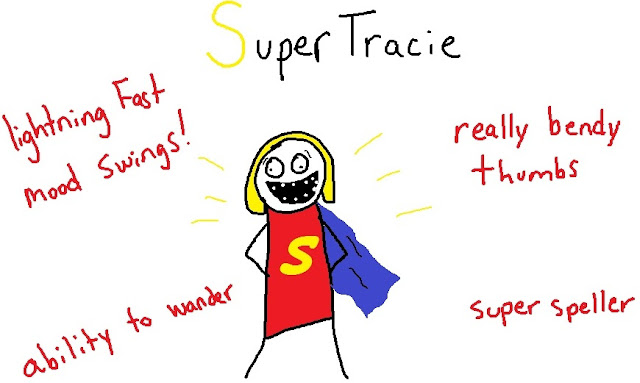 If romantically challenged were a superpower, I would have saved the world by now, from something.

Yes, my thumbs are bendy.

I actually failed as a wanderer.  There is a whole range of ways for me to fail and I nail them all.

The security guy who yelled at me saw me sitting in a corner bludgeoning myself in the face with Facebook.

He came over and apologized.  I was cool with that.  After all, I have lightning fast mood swings and switching over from one to another is my greatest power.  I do have a hard time achieving spontaneous combustion, but at this time, that was not necessary.

I'm thinking about checking myself into kindness rehab.  Surely there is help for me. 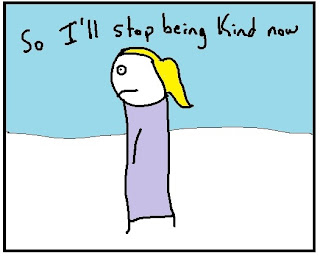 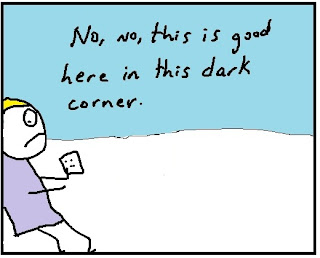 I am proud to say that I have a friend who is a superhero to me.  She gave up everything and moved her family to Costa Rica (not the part with beaches!) to help those less fortuante.  They moved to the jungle part.  I think monkeys steal their stuff.  Monkeys are tricky.

The economic situation there is pretty bad.  She has started an initiative called Mercy Covers that enables the local women to make quilts for orphans or trafficking survivors.  I hope that you check it out and possibly like and share the Facebook page.  There are no pirates or monkeys.

So, there was this battle of epic proportions going on inside of me.  I hate being a superhero and nobody knows about it.  Honestly, is that selfish or what? But, I think the best credit to me, is that they don't know.  I don't want to start doing things for credit, but just to store in my vault of goodness, which is running dangerously low.

My life is punctuated by unfortunate events. 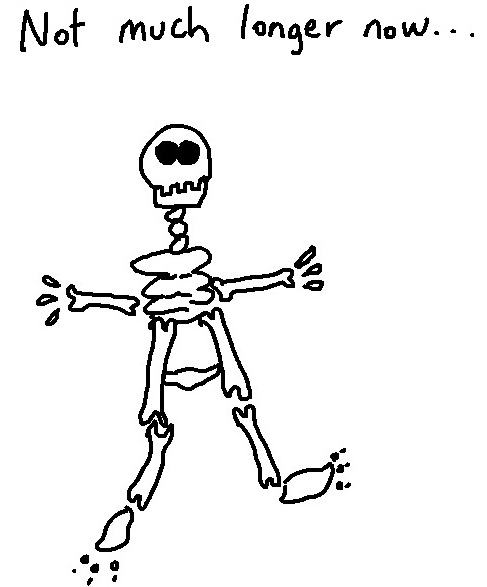